What Torontonians are finally finding out about the news 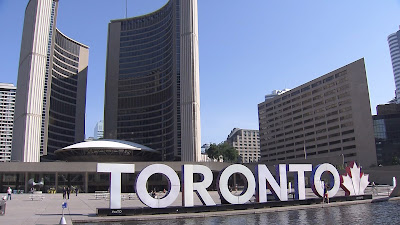 Western Canadians cynically refer to Toronto as The Centre of the Universe. They deride TSN as the Toronto Sports Network. Torontonians seem puzzled by this, mystified as to why all Canadians wouldn’t want to know about the latest doings of their beloved Maple Leafs. But now they are finally starting to find out what Canadians both in the West and in the Maritimes have been complaining about for decades.

It was only a few years ago that Toronto had four daily newspapers with four different owners. That’s more than any other city in Canada or the U.S., at least if you don’t count the Wall Street Journal as a New York City newspaper. (I would say North America except that Mexico City has literally dozens of dailies.) This relative abundance of perspectives may have insulated Torontonians from complaints in other parts of the country about the ever-diminishing diversity of news media ownership.

Oil baron K.C. Irving bought almost all of New Brunswick’s media in the 1940s, and his descendants have controlled it ever since. The Victoria Times and the Daily Colonist at the other end of the country merged production facilities in 1950 and gradually morphed into one title. The Vancouver Sun and Province worked the same type of non-editorial merger in 1957, but pledged to keep separate newsrooms forever after a federal inquiry found Pacific Press to be an illegal monopoly. Competing newspapers gradually began dying across the country, usually leaving only one daily in every city except Toronto.

The Montreal Star closed in 1979, leaving the Gazette as that city’s only English-language daily. When the Ottawa Journal and the Winnipeg Tribune were folded on the same day in 1980 by the Thomson and Southam chains, however, the first prime minister Trudeau called a Royal Commission on Newspapers. It urged limits on chain ownership, but a proposed Canada Newspaper Act was never enacted before the Trudeau I era expired.

Toronto remained fairly immune to all of the newspaper consolidation across Canada. Even when the Telegram folded in 1970, its workers quickly put out the colourful Sun tabloid. It was so successful that it was cloned in cities like Edmonton, Ottawa, and Winnipeg which had been left with only one daily, and these clones eventually became the Sun Media chain.

Toronto even added another daily in 1998 when Conrad Black founded the National Post. Black, a long-time Torontonian, had recently taken over Southam, which despite being the country’s largest chain and having its headquarters in the GTA, did not publish in Canada’s largest market. He founded the National Post as a national daily in competition with the Globe and Mail, which had published nationally since the early 1980s.

This diversity of ownership began to unravel in 2014. Postmedia Network, a consortium of U.S. hedge funds that had taken over the former Southam dailies in 2010 despite a supposed 25-percent limit on foreign ownership in this important cultural industry, bought 175 of Sun Media’s newspapers for $315 million. Toronto still had four dailies, but now two of them were owned by so-called “vulture capitalists,” whose raison d’etre was not journalism but instead profit. Soon after its takeover was rubber stamped by the Competition Bureau, Postmedia merged the newsrooms of its duopoly dailies in Vancouver, Edmonton, Calgary and Ottawa, effectively turning them back into one-newspaper towns again.

Then just the other week private equity players shockingly took over Canada’s second-largest newspaper chain, Torstar, which publishes Canada’s largest daily, the Toronto Star. The hastily-assembled Nordstar Capital promised to invest in the newspaper’s digital future and to uphold its liberal ideals, but nothing that soulless private equity players say should be believed.

Residents of The Centre of the Universe are understandably nervous. Speculation has Postmedia and Torstar consolidating, perhaps under the control of private equity player Canso Investments, to which both are deeply in debt. That would be four Toronto dailies with two owners. Well, at least you’ll always have the Globe and Mail, except that it recently went cap in hand to Ottawa, pleading poverty and asking for a handout. What next?
Posted by Marc Edge at 1:07 PM